I got a notification in my WordPress messages today saying ‘1 Year Anniversary Achievement Happy Anniversary with WordPress.com! You registered on WordPress.com one year ago. The message brought a smile to my face as I reminisced about all the entries I’ve written, but there’s always that twinge of sadness in the undertow because of my reasons to write. My first ever entry was written on Good Friday and publish for the world of bloggers to read on Easter Sunday. Easter is a little bit later in the month of April this year, so I’ve still got a bit more time to come up with words to make another entry as I thought I’d stop writing before the next Easter. As the number of entries began to amount in my blog space I started to think of a magic number that signified the total amount that I would write. Well I’m up to 51. With one more story to tell it will bring the number up to 52. I think this is the significant number. For I am 52 years of age and I’ve been writing for a year and there is 52 weeks in a year. I’m not going to say I’ll stop writing but I’ve got another vision I’d like to see come into fruition. I’d like to share my stories of love, memories and the grief of loss with others. If one person can take one positive thing from my words of wisdom I will be happy. For I know then that I have helped someone else with their own bumpy, twisty, unpredictable and unscripted life. So if anyone out there in the world of WordPress can help guide me into turning my words into a book I’d be most appreciative.

So this is my 52nd story. I will continue to dedicate the words to Jacob so it seems quite fitting that I talk about his aspirations of becoming a famous cinematographer. As the Robbie Williams song ‘I will talk and Hollywood will listen’ sings from my iPod I hear the words – buy up the rights to my book, live on a ranch from what the box office took, it ties in nicely to mine and Jacob’s dreams. I’ve already mentioned mine in the above paragraph but the continuing lyrics that are sung belong to Jacob. I’m sure the book that I’d write would be a different one that’s already been penned as it would contain all of the successes that would happen in Jacob’s life as an upcoming cinematographer. Some of the memories of his life would be shared because they described who he was as a child, what can’t be added is bits of his future. I have his past and I’ve lost his future. The words sing from the song as if Jacob is saying them from his own hearts desires and Robbie Williams had dedicated the song for him. Quoting the words of the song ‘Kevin Spacey would call on the phone, but I’d (Jacob) be too busy, Cameron Diaz give me a sign, I make you smile all the time. Mr Speilberg look what you’re missing, doesn’t that seem a bit absurd to bow at my every word.’ We are missing him too and I’m sure Mr Speilberg would be missing him too if he only got to witness his talent just like the rest of us who got to see Jacob’s creative heart and spark. We are lucky that we have his YouTube channels to remind us that he would have made it had he been granted a longer time on earth. I’m so lucky I have his scripts of stories yet to come to life as documents on his computer and iPad. Maybe someone will take on his funny little scripts and bring them to life in as a video to showcase in an event like ‘Tropfest.’ Well he did have his brush of fame getting to work on set with Robert Redford, Cate Blanchette, Dennis Quaid, Topher Grace on the set of ‘Truth’ as it was being filmed in Australia. This was a dream of a lifetime that given to him by the charity ‘dreams2live4’ while he was undergoing treatment for Ewing’s Sarcoma. 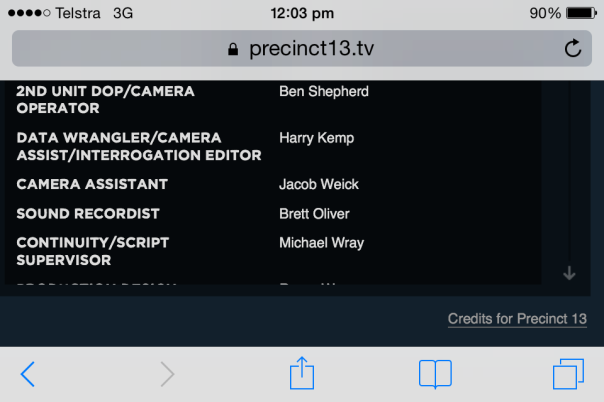 I first heard the Robbie Williams song in the company of a young theatre group where Jacob, his sisters and I belonged to. You’d hear the entire CD being played and that particular song would be get stuck on repeat as it was a fitting song for upcoming new and inspiring thespians with dreams of making their mark in the world too. The song played in the background while people were busy creating the set, and the cast where rehearsing lines. Hearing the song evokes many memories of what was and what will never be. The song will accompany the words I write, my 52nd entry and by changing the lyrics a little -‘I will talk, and someone may listen.’